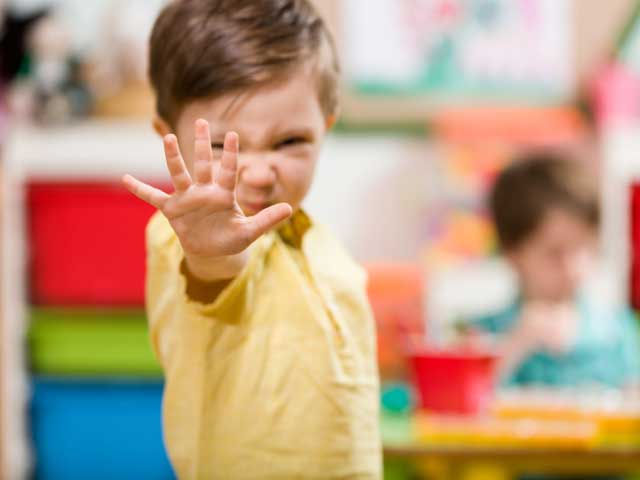 You hear a lot about “disruption” these days. Everybody wants to be a disruptor, or so they say. But what does disruption really mean? Is it good? Is it bad? Or does that all depend upon the parties affected and involved?

People seem to think disruption is inherently good. People like the concept. It seems almost... a little bit rebellious. And who doesn’t like a little good old-fashioned rebellion to mix things up now and again? Life would be so boring without an occasional jolt of “across the grain” thinking and doing.

So is the term “disruptor” just a euphemism for “trouble-maker”? Or is it instead, a tougher, slightly more hyperbolized synonym for “change agent?” What does “disruption” even mean? What’s actually being disrupted?

If you take a close look at disruption, you’ll see that what’s truly being disrupted is the psycho-socio-economic fabric of a given “ecosystem.” A “disruption” is, in fact, an introduction of a disruptive “meme” into an ecosystem. And I’ll call it a meme, because once upon a time there was an area of science called “memetics,” (and there still is) which studied information as a “thing;” and the movement of information through the many and varied ecosystems of the universe, sometimes included the transfer of information from one mind to another, in the form of an idea, which scientists coined as a “meme.” Notice I didn’t say “human mind,” or “human ideas,” because ideas happen all of the time in the animal kingdom.

Example: I once stumbled across, in my study of nonlinear mathematics, the fascinating story of “The Dreaded Teddy Bear” as it relates to meme transfer among octopuses. Scientists, a long, long time ago, conducted an experiment that went like this:

One octopus is in a tank of water in a lab. A scientist comes into the room waving a teddy bear out in front of him as he approaches the tank. Subsequently, an electric shock is administered to the water causing the octopus to squirt ink and flee to the back of the tank. This is repeated several times until the octopus learns to associate the teddy bear with an electric shock.

Next, a second octopus in a second tank is wheeled in and allowed to clearly observe the first octopus, his new neighbor. Scientist walks in with the teddy bear. First octopus squirts ink and flees to the back of the tank. Second octopus, having never seen the teddy bear before or felt the electric shock, nonetheless decides that her neighbor must know something she doesn’t; and out of an abundance of caution, she exhibits the identical behavior.

Did information transfer from one octopus brain to another? Did the teddy bear meme jump through water and air from one tank to another? Or did it jump from one brain to another through an observant eye, and a handful of relevant photons? The question is not so much do memes exist, or how they work? Whether you call them “memes” or “ideas,” memes are real; and introducing a novel meme into the psycho-socio-economic fabric of a given human ecosystem is “how” you create disruption.

But that necessarily begs the question of “why” would you want to disrupt that system?

The “why” is actually much more varied, nuanced, and, in some ways, more interesting.

For example, ALL profit-oriented entrepreneurs “disrupt,” in an attempt to energize their vision and their product and service offerings at the expense of their competitors.

But other people, like Aaron Friedland, National Geographic Explorer and Founder of Simbi, is currently disrupting, in a collaborative manner with the office of the United Nations High Commissioner for Refugees (UNHCR), to bring literacy interventions to the Bidibidi and Nakivale Refugee settlements in Uganda, which combined, are home to more than 450,000 people. Friedland, like many other entrepreneurial nonprofit leaders, sees a need, and is willing to invest time and resources, and to coordinate and collaborate with other people and entities in an effort to improve the lives of real children, while bringing tangible, incremental improvement to the global human condition.

So why disrupt? Because without disruption, there is no catalyst for change. Disruption begets action; and action is what lubricates the evolution of the human condition, be it “business-competitive” action, or “philanthropic-collaborative” action.

At the American Youth Literacy Foundation, we have also chosen the philanthropic-collaborative path to bring literacy to every American child, and billions of children worldwide, with the patented, FUNetix 12 Hour Reading App (which is completely free and available for download from the App Store and Google Play, and which teaches children how to read to a second-grade level in just twelve hours); but our choice doesn’t make either path any better than the other. The universal psycho-socio-economic fabric is strong because the Earth is populated by both competitive AND collaborative disruptors.

Whether you are competitive or collaborative, or both, “disruption” is a signaling, a fanfare, a debut, a launch, a sharing of a “meme” with a group of people, or with the world, a sharing with a purpose and a hope that some new group of people will find this new meme as valuable, and as filled with opportunity, as the originators of the meme believe it to be.

Some advocates of “information theory” have an interestingly inverted view of the universe around us, claiming that information is really the larger actor on this stage, that we humans are but pawns and paupers who strut and fret, but more so, transport this information, these memes, from place to place, so they can get to where they’re going, like so many modern rickshaw drivers, or honey bees bearing fertile pollen, casually and unconcernedly, to distant flowers.

But ‘tis true, once a meme is officially and fully launched into the human, universal psycho-social soup, there’s no putting the genie back in the bottle. The meme rises and falls of its own accord, based upon its own inherent merits and value, and the value attributed to it by its inner core of contributors, advocates, and supporters, the “early adopters,” the producers, the creators, the “meme team.”

So go ahead and disrupt all you want. Workable, meaningful, helpful memes will rise; while simple, pointless, meaningless, mediocre, and destructive memes will eventually fall. Go ahead and “disrupt.” Share your memes. Submit your memes to the scrutiny of the psycho-socio-economic fabric known as humanity. In addition to structure, consistency, and certainty, the world needs a continuous stream of new, disruptive memes in order to prosper. Or more simply put, the world thrives on stability, but it craves change!