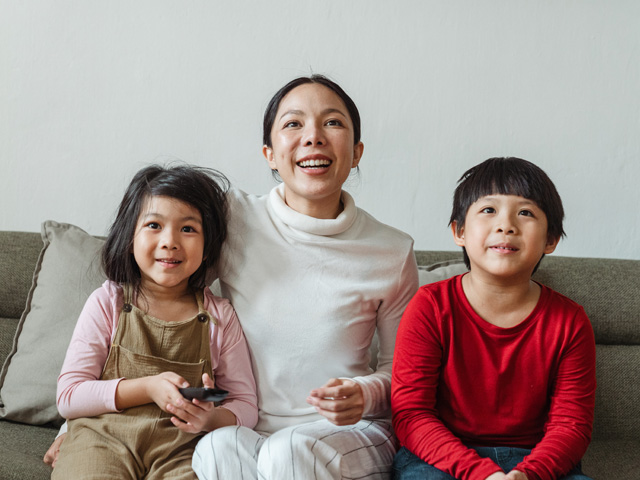 Children often look up to elders in their lives. While their identities are distinct, they develop their personalities when they interact with people like you and me. So, on this Children’s Day, let us cherish our children by spending some time with them.

The second Sunday in June rewinds time for a moment for a celebration known as National Children’s Day in the United States. And there is no better way to celebrate Children’s Day with your kids than to watch movies that inspire them! After all, who doesn’t love to watch movies? We have curated twelve films ranging from classic musicals, princess tales, and animated animals, to superhero adventures and holiday favorites for your kids to enjoy on this Children’s Day!

These movies are not only hugely entertaining but also packed with positive messages and role models, giving them the potential to have a significant impact on children and families! When you’re done watching, consider having your child draw a picture and then write a few sentences about what they liked or didn’t like about the movie. And if your child can’t read or write yet, please download and play the FUNetix® 12 Hour Reading App™ (available in the App Store, Google Play and the Amazon App Store) – the ONLY app that teaches kids (5-9) how to read in just 12 hours - guaranteed!

1. The Lion King
The Lion King, released in 1994 is considered one of Disney's greatest animated musicals and can be easily termed a family favorite. The movie is about the adventures of lion cub Simba, who must fight his evil uncle Scar's wrath, in order to reclaim his dead father Mufasa's legacy.

2. ET the Extra-Terrestrial
Released in 1982, ET is still a favorite for all kids. The film depicts the narrative of a child who befriends an extraterrestrial stuck on Earth, and who must keep him concealed while helping him return to his home planet.

This was first published as a children's book in 1952 by E.B. White. The movie is an engrossing tale about a community of animals who can communicate, feel emotions, and act in the context of their own human-like status, discussing important life lessons.

4. Shaun the Sheep: The Movie
A story of a farmer and a flock of sheep who become separated in a major metropolis, this movie is from the makers of stop-motion favorite, Wallace & Gromit. Because much of the film is wordless and the humans talk gibberish, this is an excellent choice for toddlers and preschoolers.

5. The Red Balloon
Originally created in 1956, this short film infuses even the most basic of plots (a boy who finds and follows a seemingly sentient red toy balloon) with breathtaking visual ingenuity, resulting in a particularly wonderful depiction of innocence. Adored by teachers, parents and kids, The Red
Balloon is the only short film to win an Oscar for best original screenplay.

6. Finding Nemo
Finding Nemo is a wonderful story about an underwater world that is glorious and has a gigantic cosmos of its own, teeming with creatures of all shapes and colors. The movie weaves together the efforts of a father clown fish, desperate to find his son Marlin, who ventures out into the vast underwater universe of the Pacific Ocean, to find his missing child.

7. The Jungle Book
Disney's adaptation of the Rudyard Kipling classic, The Jungle Book, is an animated film about Mowgli, a young boy raised by wolves in the Indian jungle, that will have your entire family singing and dancing along to its popular songs. With the help of animal companions, young orphan Mowgli sets out on a mission to learn more about his identity.

8. Coco
Coco is based on the Mexican holiday Dia de Los Muertos, or Day of the Dead, and tells the story of Miguel, a 12-year-old boy who finds himself in the Land of the Dead and, with the help of his musician great-great-grandfather, delves into his family's history. This movie has a strong family vibe, and your kids will enjoy the whimsically colorful, lyrical plot!

9. The Muppet Movie
The Muppets are an excellent place for a child to begin his or her pop-cultural education. The Muppet Movie is a terrific introduction to all of the amazing things that films can be. It is hilarious, brilliant, charming, musical, and full of love and compassion.