Science Behind the App

Written language is only about 5,000 years old and evolutionarily speaking, the human brain didn't evolve as a reading brain. It evolved as a speaking and listening brain over perhaps as many as a million years or even 3 million years or more.

The use of symbols to represent "things" or "ideas" came first. A series of broken twigs, to the native Americans, may have represented a pathway to follow through the woods. More than 600 animals painted on the walls of Lascaux Cave in France may have represented much more than simple drawings. These depictions of ambient fauna most likely were part of a much larger, extended conversation, and a representation of ideas and culture that surrounded and infused multiple generations of the ancient human inhabitants of France around 17,000 years ago.

The hieroglyphic symbols used by ancient Egyptians were complex representations of words and ideas; but the discovery of the Rosetta Stone in 1799 by Napolean's troops would ultimately uncover an additional component of the Egyptian writing system, namely, the use of phonetically equivalent representations of speech, i.e. sound symbols.

The ancient Phoenicians and Canaanites built upon this sound-symbol concept and created the original phonetic alphabet about 3,500 years ago, that transcribed spoken words, using a string of consonant sound symbols. (Vowel sounds were omitted from these early phonetic alphabets and were implied and inferred through context.)

The Phoenician Alphabet spread rapidly to consume the entire Mediterranean basin, and ultimately, the world, morphing into Arabic, Hebrew, Farsi, Greek, Roman and ultimately English, and even Pin Yin Chinese. All the while, the human brain was adapting to this newfound methodology for encoding spoken words, and embracing the transcription, transportation, and translation of speech across space and time, delivering thoughts and ideas to distant lands and distant generations.

Modern, phoneme-based reading, i.e. the decoding of exact written speech, began concomitantly with writing, as a phonetic process (one symbol equaling one sound). The brain of each new reader needed to allocate a specific area (or areas) of the brain for symbol recognition and word recognition.  Quite by chance, the area of the brain evolutionarily evolved to recognize faces made a perfectly suitable place for letters to be stored and remembered, while another area of the brain sufficed to learn longer letter strings, i.e. "Verbal Word Forms."

Humans hadn't evolved to become readers effortlessly and without tuition, but we nonetheless adapted quite well to a world of written orthography, given a modicum of basic instruction.  Humans adapted and mastered, on a global scale, the fine art of connecting visual images to an audio intonation, and to decoding complex strings of visual representations into combined sounds that formed words and sentences, in our respective native languages, and conveying meaning.

The process of verbal transcription and translation was brilliantly designed as a simple process of encoding and decoding speech symbols in order to capture and then "hear," the words, message, and meaning of another human being, through a written medium.

The science of FUNetix is the science of reading. FUNetix teaches the 44 sounds of English and marries each sound to a symbol.

The act of decoding sets into motion a process of storing verbal word form patterns in the "Verbal Word Form Area," which isn't far from Wernicke's area, near the left ear. Complete word patterns are stored and learned as we repeatedly view them by reading more and more content, and especially, within context. Once these verbal word form patterns are stored and recognized with fluidity, we no longer have to linger on words or "sound them out," in order to fluently read them for meaning and intent.

Despite the delayed entry of the written code into the historical record of humanity, human brains have adapted, and the world has adopted a myriad of written orthographies that are easily, readily, and daily, encoded and decoded by disparate peoples from around the globe.

The history of reading and the neuroscience of reading are embedded in FUNetix, just as FUNetix stands on the shoulders of the giants of orthography and lexicography and linguistics who have shaped and molded the many varied writing systems of the western world over thousands of years.

For more information on the neuroscience of reading, and the neuroscientific underpinnings of the FUNetix App, please read "The Four Golden Rules of Reading," a white paper written by Mr. R. Kali Woodward, the founding executive director of the American Youth Literacy Foundation. 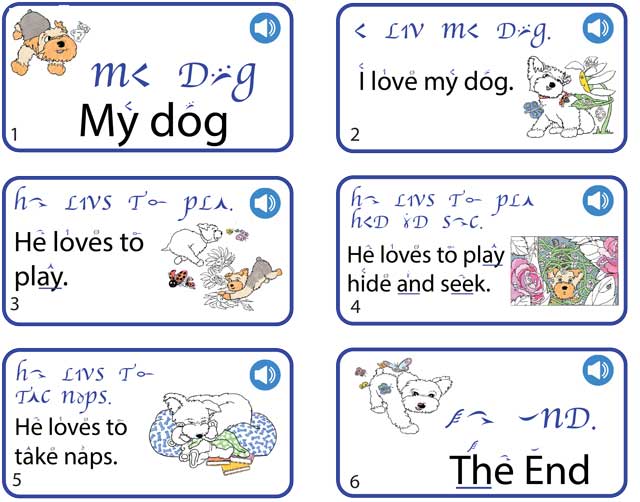 Once children gain confidence in the basic principles of "blending sound symbols together to form words and blending words together to form sentences," using the 21E Phonetic English code, then FUNetix uses those same letters and sound symbols as a "diacritic" pronunciation guide (building off of the time tested diacritic pronunciation systems of the Greek, Hebrew, Arabic and Farsi languages) to show children the sounds in every English word.

Each of these tools, Audio Support, Phonetic Support, and Diacritic Support are essential for moving children quickly towards confident, independent English reading and comprehension.

FUNetix then implements a "weaning process" that systematically removes the support systems until only diacritics remain for new and novel words.  This weaning process begins at about 8 hours of instruction; but the FUNetix "Magic Hat" button, diacritic support tool, remains available, at the push of a button, even after the core modules of the 12-hour app are completed and the student enters the "Wonderful Content Library," so that s/he can still "lookup" words that s/he has never seen before or may have forgotten, without requiring any adult intervention.*

FUNetix works by taking all of the guesswork, frustration and confusion out of learning how to read, which allows most children to learn how to read in just 12 hours or less!

*Most children enter first grade with an approximate 5,000-10,000 word, working vocabulary, and up to a 20,000+ word receptive vocabulary (words they understand but don't use in their own speech); but they have never seen most of those words in print before. Words as common as "spaghetti," or "dictionary," may be words that are "known to" and "understood by," and even used by children, but represent decoding challenges that the FUNetix decoding system can uniquely help them overcome, as they learn to recognize these, and other, common, everyday words.